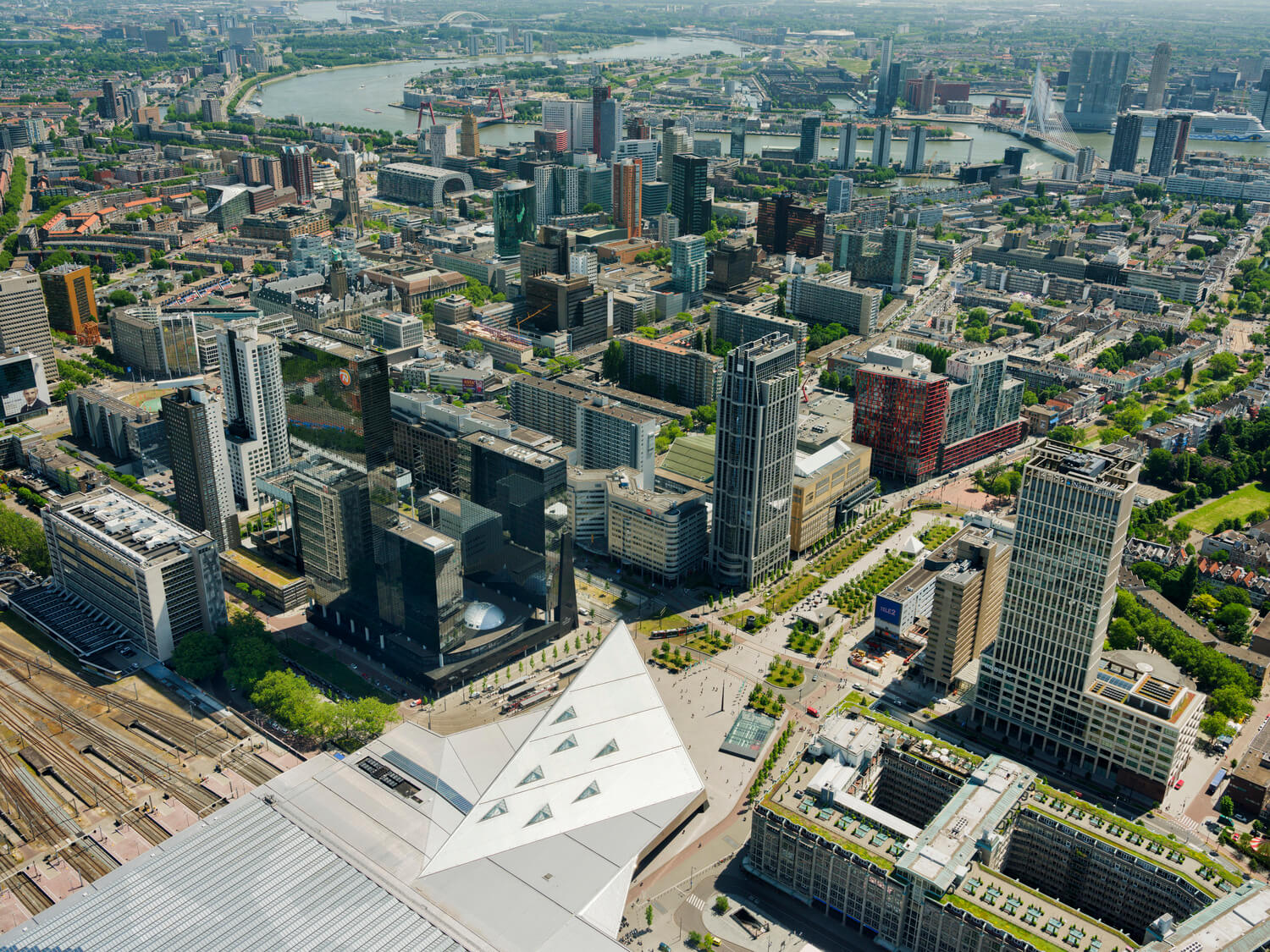 Spring Real Estate’s Dutch Office Locations Ranking 2017, published in December, ranked 145 office locations in 34 municipalities on their lettability score. In February,  we started with an in-depth analysis of some key markets which will be published on a monthly basis. After Beukenhorst (Hoofddorp) and Almere we will now analyse Rotterdam.

The Rotterdam Central Business District (RCBD) defines the City Centre of Rotterdam, the second largest city in the Netherlands. Generally, office districts in the Netherlands are located on suburban areas due to the monumental status of many of those cities. In contrast, the City Centre of Rotterdam became a playground for urban planners and architects after many buildings were demolished in the second world war.

The RCBD provides a total of 1.4 mn square meter of office space, half of the total office stock in Rotterdam. The Kop van Zuid area across the Maas River – by many seen as an extension of RCBD – comprises another 400,000 square meters of office space. It is unique in the Netherlands that such as large proportion of office space is concentrated within the heart of the city. Today, the RCBD is a vibrant urban area that further includes the main retail district of the city as well many of the city’s landmarks. Rotterdam City Centre is also becoming an important market for hotels.

Despite supply rates still being above average in comparison to supply rates in Amsterdam, Utrecht or The Hague, the real estate investment volume in RCBD has significantly increased in the last years. The RCBD has become an increasing market for foreign capital.  Of the more than 1 bn euros invested in the Rotterdam office market, almost 80% was allocated towards the RCBD and Kop van Zuid.

Spring Real Estate has analyzed the main important office buildings on their key indicators. The information presented is based on Springbase.

Would you like to receive our latest quick scan? Please register here.